«TESTING YOURSELF IS THE BEST THING A HUMAN CAN DO» 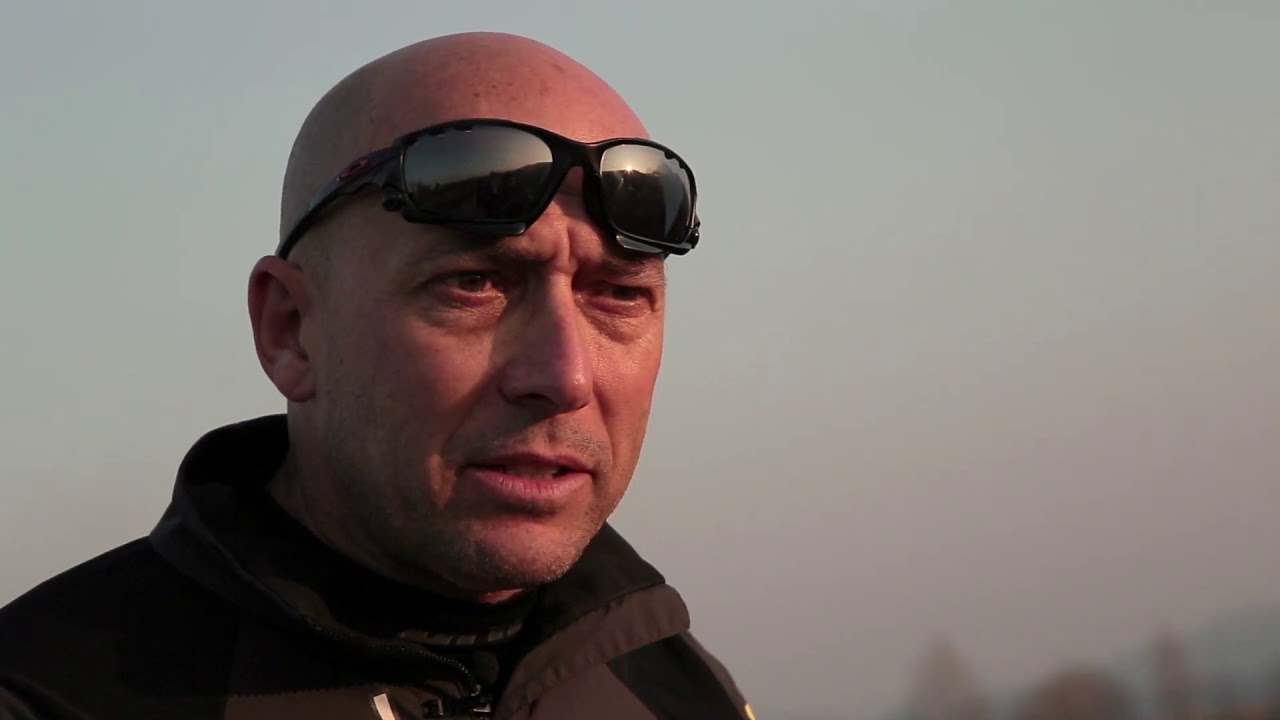 – Mr. Venturini, your outstanding achievements are known all over the world. For many, you are a model of strength, courage, endurance and determination. When and how did you get the idea to do such unusual marathons – in extreme natural conditions?

– I started racing at a very young age, at the age of 7, and have never stopped since. At first, I ran for a while – with a stopwatch, then competed with opponents, and then decided to challenge the forces of nature to try to find out the limits of my abilities and the human body. I believe that in sports, as in life, study or work, it is always necessary to set new goals, which is an integral part of human evolution.

– And what goal do you set when implementing your sports projects?

– I am a very curious person who always wants to know everything that is possible. Therefore, first, I want to satisfy my desire to know the world, nature and myself, and to demonstrate that with great determination , thoroughly studied physical capabilities and in cooperation with the best pro fessionals, a person can achieve results that are sometimes even unthinkable. All this is thanks to sports, which can become a stimulating message for young people, always teaches them to respect the rules, their body, others and the nature that surrounds us.

– Please, tell our readers what stages are included in the preparation for such serious events as ultramarathons. How do you prepare yourself physically, psychologically, how is your safety and the safety of your team ensured?

– My physical activity is based on aerobic strength, so I run a lot - on average about 170 kilometers a week. It doesn’t matter in the mountains, on a sandy beach or even on ordinary roads. Moreover, I work out in the gym to increase strength, do mountain biking and swimming to differentiate the training of different muscle groups. When the idea of a project comes up, I study the climate of the area where I’m going to run, the culture and customs of the peoples who live there. Furthemore, I use the advice of not only experts in the field of sports medicine, scientists, but also those who know the place where I will implement the project, because those who live there are often the best experts. I have a military education, I served in the state police, so the safety factor was always of paramount importance, because among my specializations are rescue work in the mountains, at sea and on rivers. Therefore, I know very well what the risk is when faced with the forces of nature.

– What is the most difficult thing for you during the marathon? What are the main difficulties you face and how do you overcome them?

– Each task is always unique; each has its own problems. Intense heat, very low temperatures, thin air at high altitudes, very long routes, difficulties with energy recovery, organization of a support service. All this is very difficult, but always stimulating. Another factor that many people don’t think about is responsibility. For example, wearing an Italian police shirt – and this is the trust of well-known companies offering their brands or products to the world, companies that invest money and associate their image with mine - increases psychological pressure exponentially. I cannot afford to make mistakes or underestimate anything, and I should always pay attention to communication, respecting the institution I represent and those who support me. People trust me, especially young people, and today, when there are social networks through which any information is distributed instantly, it is not easy to maintain this trust, especially when the world follows you. The public has always supported me, but it’s enough to make a small mistake – and the balance can change…

– One of your recent and, of course, outstanding achievements was a marathon in one of the extreme climatic conditions of the subjects of the Russian Federation – the Republic of Sakha (Yakutia). On January 20, 2019, in the Oymyakon district in the north of the republic, you ran almost 40 kilometers at a temperature of minus 52 degrees, covering the distance in 3 hours, 54 minutes and 10 seconds. Why did you choose Yakutia as the place of the next project? How did the residents of the republic meet you? How long have you been preparing for this run, how did the training process go?

– My performance in Yakutia really became known to the whole world. Until that day, it was considered impossible to work at -50°C. Moreover, without the support of the authorities of Yakutia, all this would have been impossible. Today I have become very famous in this republic precisely because people there know well what it means to live and work at such temperatures. I have very good relations with the authorities of Yakutia, local residents, and they continue to grow stronger. This fills me with joy, because the residents of Yakutia are fantastic people who know how to live in harmony with nature. Oymyakon is the coldest inhabited place on the planet, which is why I decided to organize a marathon there in an attempt to find the limit of human capabilities at extremely low temperatures. For a year and a half, preparations were underway: the development of equipment and technical means for the marathon, which did not exist and which still needed to be invented; training in special cold rooms to recreate the conditions that I would have to face. In the process of preparation, I went to Yakutia three times to study it at different times of the year and establish the necessary relationships for the organization of the project.

– While in Yakutia, you also made a documentary about it ... did this TV project find a response among the Italians?

– Monster Frozen is the name of a documentary film shot in Yakutia and Italy. The film tells about my preparation for the great challenge, as well as about the history, people, nature and traditions of this republic, gave the audience unforgettable emotions through spectacular and unique images. The film was a great success in Italy, but especially in Yakutia itself. For this reason, the authorities of this region intend to make the film an audiovisual heritage of the Republic of Sakha (Yakutia).

– You are not a rare guest in Russia… What attracts you?

– During my travels, I discover more and more this great country – huge in size, with ecological and cultural diversity, perhaps one of the most unique in the world. I am convinced that Russia deserves more attention from a tourist point of view. Moscow and St. Petersburg are the most famous places, but there is also something to discover in the depths of Russia. Untouched nature, ancient cultures, history, food… And most importantly – people with a big heart.

– For the coming winter, you have planned another large-scale project – a race for several hundred kilometers on the ice of Lake Baikal, which is one of the greatest natural attractions in Russia. In addition to another test of your physical strength and fortitude, do you have other goals for this project?

– I have named this project Bajkal Infinity Ice. The essence of the project is to try to run across the frozen surface of the largest freshwater reservoir on the planet. Baikal is a unique place full of charm and legends, which, however, is at high risk due to climate change. In the near future, there is a possibility that the lake will no longer freeze. Therefore, in addition to setting a record, I also want to focus on the symbol of Russian nature, which needs to be protected.

– At the III Northern Forum on Sustainable Development, held at the end of September in Yakutsk, you were awarded the honorary status of goodwill ambassador of the Northern Forum – an international non-governmental organization of the northern regions with accreditation to the UN and observer status in the Arctic Council. How did you take this decision and what does this status mean for you?

– It was an unexpected gift for me. Thanks to our common love for sports, and, what is more, for nature, the authorities of the Republic of Sakha (Yakutia), together with the leadership of the Northern Forum, considered me worthy to promote important ideas for all of us, and the Italian authorities allowed me to become an ambassador of this organization. And this is another sign of good relations between Russia and Italy. I hope that I will cope with the task, and to some extent I will be able to convey to people the need to protect the nature and culture of the Arctic regions from climate change and demographic pressure of mankind. But to achieve a result, we all have to work together.

– Your imagination is truly inexhaustible. You are setting more and more complex goals, constantly expanding the boundaries of human capabilities. Have you already decided on the upcoming projects?

– I always have new ideas and new projects, although it’s not always easy to come up with them. Now I am focused on the problem of Lake Baikal, but I already have something else on my mind. But it is better not to rush and gradually take step by step.

– The final question. Many, inspired by your example, may want to embark on the path of overcoming their capabilities. What advice would you give to such people? How to believe in yourself, decide to take a step into the unknown, dare to challenge yourself and circumstances?

– I try to make my activity an incentive for people, but at the same time, I strive to make people think. Testing yourself, your strength and will is the best thing a person can do, but you have to be careful. This is not a game, you can’t improvise here - because there is a risk of never returning home. We need to know about this. I am 53 years old now. As I said before, I started running at the age of 7. During all this time, I have gained a lot of experience in the field of physical fitness, human physiology, technical materials, nutrition, communication. I was close to losing my life several times, got into serious accidents and underwent more than one operation. To do certain things, especially those that no one has done before, you need to know that the risks are very high. And I always try to explain it, especially to young people. After all, life may be at stake.


Paolo Venturini is a famous Italian extreme marathon runner. He carries a message to the world about how important it is to have determination, resilience, confidence in achieving goals, and also promotes scientific, environmental and technological research aimed at preserving nature with his unique projects, which are carried out by him in the most difficult conditions and which demonstrate the inexhaustible possibilities of man. The 53-year-old Italian devoted most of his life to serving in a special unit of the Padua police. He participates in complex rescue operations on land, water, during natural disasters. Moreover, when the opportunity arises, he goes to the most remote corners of the planet to prove once again that the human body has no limits…