Award ceremony for the winners of the «Business Elite of Eurasia» 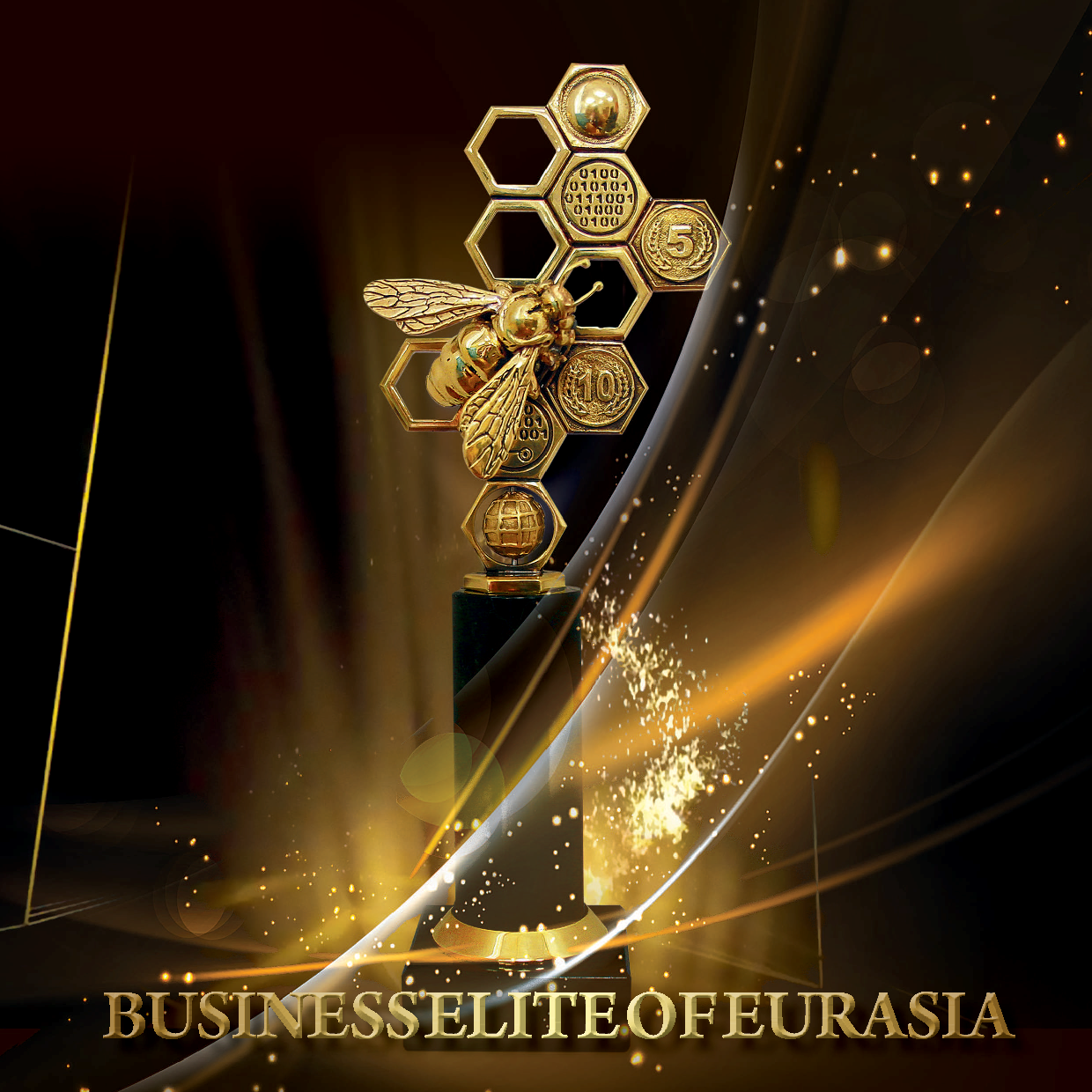 Every year since 2017 Financial and Business Association of Euro-Asian Cooperation (FBA EAC) presents International public award «Business Elite of Eurasia». In launching this competition, FBA EAC aimed to encourage the aspirations of Eurasian business community to lead in the professional field. The winners of the contest are awarded with exclusive bee figurines, which symbolize hard work, frugality, diligence and unity.

On November 24, 2022 the winners of the International Public Award «Business Elite of Eurasia» were awarded.

Chinese company SLC-Rus received the award in the nomination «Benchmark of stability». Tamara Guseva, special representative of the shareholder for strategic development of SLC-Rus corporation, received the figurine and diploma.

SLC-Rus was established in 2001. In the early 2000s SLC-Rus began providing a very specific and complex, in terms of quality standards and technology, service – logging operations, successfully realizing projects at the wells of Eastern Siberia. After that, it increased the package of engineering services, outpacing major global competitors. Over the next 10 years SLC-Rus improved and developed both the range of services and its own production. In 2017, the first stage of the Kurgan Drilling Rigs plant was launched, which produced large-size oil equipment. The plant patented its own model of a mobile drilling rig designed for drilling production and exploration of oil and gas wells. Since 2019 SLC-Rus is the leader of the Russian market in supplying top drive systems for mobile and stationary drilling rigs. The company provides a wide range of services, including production and supply of equipment, service maintenance, and training of technicians. SLC-Rus works with the main key players on the Russian oil and gas market. The company provides jobs for more than five hundred people in the Russian Federation.

Financial institutions’ Association of Kazakhstan (AFK) was established in 1999 and unites 128 participants of financial market. Among the members of association are banks, insurance companies, mortgage and leasing, auditing and consulting companies, micro-credit organizations and pawnshops, scientific and educational institutions, mass media, professional participants of securities market and other structures. AFK's mission is to protect and promote the growth of shareholder value of its members. The main strategic objectives of AFK are: representation of AFK members in state and other bodies, voicing and protection of common interests of financial market subjects, monitoring and participation in the work on improvement of legislation of the Republic of Kazakhstan related to activities and affecting the interests of AFK members, assistance in improving the image (rating) of the financial community, collection, analysis and consolidation of proposals of AFK members on addressing problematic issues in the financial sector and improvement of legislation affecting interests of financial market participants, creation of Working Groups with the participation of representatives of the AFK members to deal with priority and problem areas, the development of consolidated proposals and their elaboration with the authorized bodies.

Italian company LEVORO was awarded the prize in «Benchmark of reliability» nomination. Andrea Boldi, the owner of the company, received the award.

Levoro S.R.L. is engaged in industrial processing of metals, extraction of gold-containing elements as well as mining and intermediation in the field of trade in precious metals. Levoro provides services for the supply of equipment, materials, import and export of technologies related to: precious metals processing, jewelry production, sales, pure gold production and processing, investments. The company specializes in marketing activities, for pure gold and silver, as well as other precious and non-precious metals.