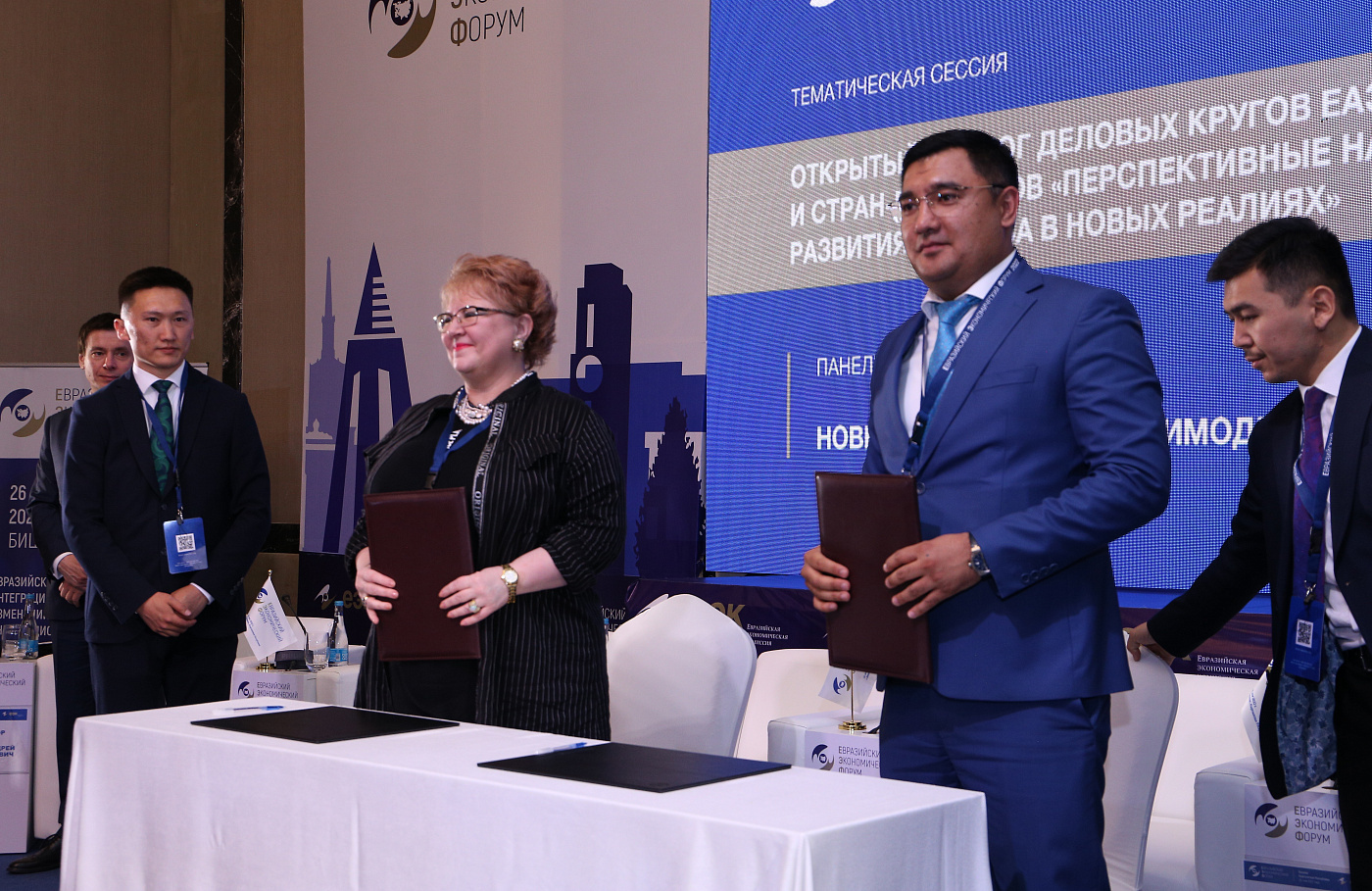 The project provides for the organization of accelerated rail and multimodal transportation in order to develop the regular mutual supplies of agricultural products and food between the countries of the Eurasian Union, as well as export supplies in Asian and European directions.
To implement the tasks set by the project participants, the managing directorate of the project “Eurasian Agroexpress” named an autonomous non-profit organization for assistance in the development of agro-industrial activities “Eurasian Agrologistics” was formed.

The mission of the project is to increase the volume of the export and import of the products of the agro–industrial complex of the EAEU countries and ensure the food security of the Union by creating fast and seamless channels for the delivery of food products both in export-import communications with interested states and between the EAEU states.

The volumes of the cargo transportation of agricultural products to China and the countries of Central and Southeast Asia planned in the project are up to 500 thousand tons by 2025 and up to 1 million tons by 2030.

The main tasks that are being successfully solved within the framework of the project are to ensure competitive (with respect to sea freight) transportation rates and delivery times; the creation of the network of wholesale distribution centers (ORC) based on a common service model; the acquisition and commissioning of a fleet of modern autonomous refrigerated containers; the launch of a single digital platform; assistance to exporters on entering into long-term trading contracts.

The key criterion for the effectiveness of the project is the formation of the network of agro–logistics hubs near the freight yards of the railways of the participating countries of the project and the involvement in the perimeter of the project of commodity producers from those countries that do not yet have the opportunity to form their own hubs and wholesale distribution centers.
Commodity producers who are not yet able to independently ensure their supplies to other countries have the opportunity to process their goods through existing agricultural hubs in Belarus, Kazakhstan, Russia, Uzbekistan and Kyrgyzstan.

Since the beginning of 2022, ANO “Eurasian Agrologistics” has been actively working to develop partnerships within the framework of the implementation of the project “Eurasian Agroexpress”: a number of important agreements were signed on the beginning of the design of the network of wholesale distribution and transport and logistics centers (TLC) along all planned routes of agricultural trains.

On May 19, 2022, in Kazan, the capital of the Republic of Tatarstan, within the framework of the XIII International Forum “Russia – Islamic World: KazanSummit-2022”, a Memorandum on strategic partnership and cooperation was signed between the ANO “Eurasian Agrologistics”, the Ministry of Agriculture and Food of the Republic of Tatarstan, the administration of the Zelenodolsk Municipal District and IFС Linova LLC.

In order to consolidate the cargo flows of the agro-industrial complex in the Volga Federal District, it is planned to place an ORC, including fruit storage facilities, on the territory of the Republic of Tatarstan. The construction and equipping of the ORC are planned to be carried out on the terms of the principle Build to Rent. To implement the project, it is planned to attract funds from interested investors, including banking and financial structures and funds.

The project to create an ORC in Tatarstan is coordinated by the administration of Zelenodolsk municipal district and the Ministry of Agriculture and Food of the Republic of Tatarstan. The project is aimed at improving the efficiency of the national economy functioning. It is the model of this first wholesale distribution center within the framework of the Agroexpress project that will then be presented to other regions and countries as a pilot project.

On May 26, 2022, within the framework of the Eurasian Economic Forum in Bishkek, memoranda on strategic partnership and cooperation were signed between the directorate of Eurasian Agroexpress project – ANO Eurasian Agrologistics and new participants.

Memoranda on strategic partnership and cooperation were signed with the national company named “Kyrgyz Temir Zholu”, which carries out transportation by railways of Kyrgyz Republic, Russian National Dairy Producers Union and Russian National Union of Poultry Producers.
A memorandum on cooperation for the joint implementation of the wholesale distribution center project in Bashkortostan was signed between the Government of the Republic of Bashkortostan and the ANO “Eurasian Agrologistics” on June 16, 2022 at St. Petersburg International Economic Forum.

«The implementation of the Agroexpress investment project will attract about 8 billion rubles to the economy of Bashkortostan, as well as create new jobs. We will build cooperation in the field of foreign trade, transport and logistics on the routes of the international transport corridor “North – South” and other directions, in particular in order to improve the delivery of agricultural products and industrial products, the promotion of other related works and services”. Andrey Nazarov, the Prime Minister of the Government of the Bashkortostan Republic.

Designing the services of wholesale distribution and trading-logistics centers provides for a single integrated model, including:

The key participants and logistics operators of the Agroexpress project are major players in the transport and logistics market of the EAEU and the CIS countries:

«Currently, JSC “Russian Railways Logistics” and the joint venture RZDL Transservice Group, specially created for the implementation of the project of accelerated refrigerated container trains for the transportation of agricultural products of “Agroexpress”, are in the negotiation process with representatives of JSC “O'zbekiston temir yo'llari” and the Ministry of Agriculture of the Republic of Uzbekistan in order to expand the geography of shipments, volumes and nomenclature of goods, in particular including to the regions of Volga region, the Urals and the southwestern part of Siberia, as well as the mutual supplies of agricultural products between Uzbekistan and Belarus”. Alevtina Kirillova, General Director Directorate of the project of the ANO “Eurasian Agrologistics".

The development of the Agroexpress project became one of the key topics of discussion at the meeting held on September 3, 2022 between CEO and Chairman of the Board of JSC Russian Railways Oleg Belozerov and Deputy Prime Minister for Investment and Foreign Economic Relations and Minister of Investment and Foreign Trade of Uzbekistan Zhamshid Khodzhayev.
According to the official data of the Government of Russian Federation, over the seven months of 2022, the volume of trade between Russia and Uzbekistan increased by 35% compared to the same period last year and amounted to $780 million.

The parties are also negotiating the consolidation of the cargo base in both directions between Russia and Uzbekistan to organize the dispatch of full-component refrigerated container trains on circular flights. Russia is ready to increase the export of sunflower oil, sugar, confectionery, wheat, as well as to assist in the implementation of joint projects.

On September 6, 2022, in Vladivostok, within the framework of the Eastern Economic Forum, a cooperation agreement was signed between the directorate of the project of the ANO “Eurasian Agrologistics” and Russian Trading Company (RTC) in China “Hua Nuo E Xiang” (VEB.RF Group). Thus, a Russian Trading Company in China becomes the trading instrument of the Eurasian Agroexpress project.

As Alevtina Kirillova, General Director of the Project Directorate of the Eurasian Agrologistics ANO, noted: “The signing of the documents meets the interests of business, which needs the regularity of shipments, the availability of service and a firm understanding of sales opportunities. The observed increase in the volume of deliveries will allow the logistics operators of the project to switch to regular scheduled route trains with long-term competitive tariff rates in the foreseeable future”.

Andrey Slepnev, Minister for Trade of the Eurasian Economic Commission, stressed that the conclusion of trade and logistics agreements on China at the Eastern Economic Forum is symbolic, given the prospects for the implementation of the Eurasian Agroexpress as a whole in the eastern direction. We note that the agreement establishes a common legal framework for practical assistance to the development of the Union's foreign food trade in the so-called “last mile”, in the framework of Chinese sales market, including a wide range of services that can be provided to suppliers from the Union countries.

The partnership for the implementation of the Eurasian Agroexpress project with RTC is focused on the growth of the export supplies of agricultural products and food to Chinese market. Taking into account the unprecedented restrictions of Chinese side on supplies due to the pandemic, the projected annual volume by the beginning of 2023 is expected to be about 500 thousand tons.
The purpose of the agreement is to assist exporters in the development of foreign trade and the organization of international rail and multimodal transportation within the framework of the joint project Eurasian Agroexpress of the member states of the Eurasian Economic Union on the implementation of accelerated rail and multimodal transportation of agricultural products and food to China.

The project directorate and RTC have agreed to jointly develop in-demand trade services in relation to transport and logistics services, including the organization of fast and affordable transportation of goods in containers, including multimodal solutions, assistance in search, selection and negotiations with Chinese buyers, gradual transition to digital format and the provision of various services in the “from the supplier to the counter” regime.
ABOUT THE JOURNAL
PUBLISHER:
Information and Publishing Center "Eurasia" LLC 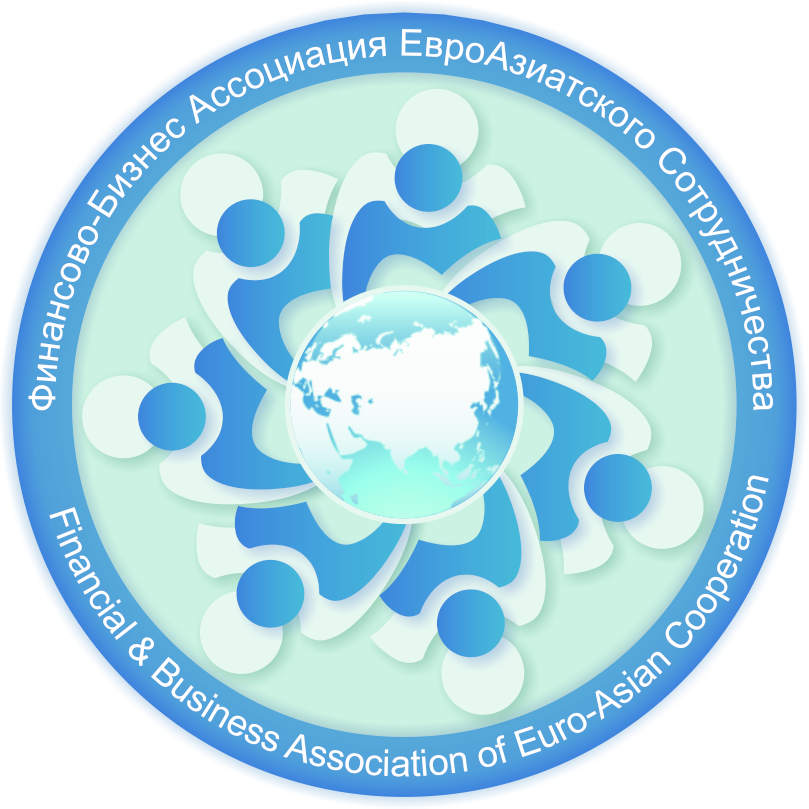 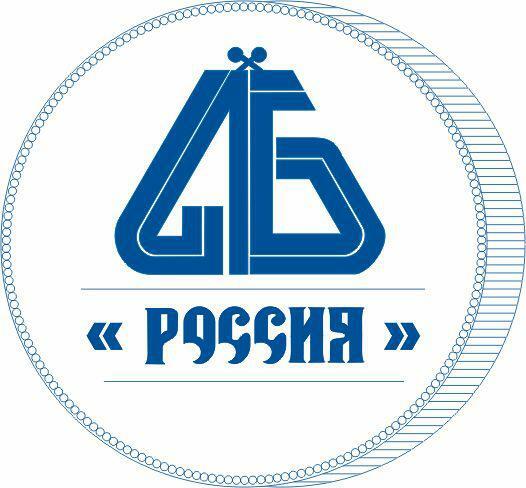 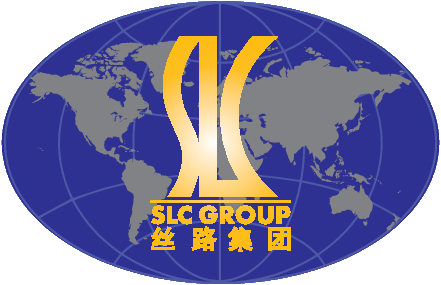 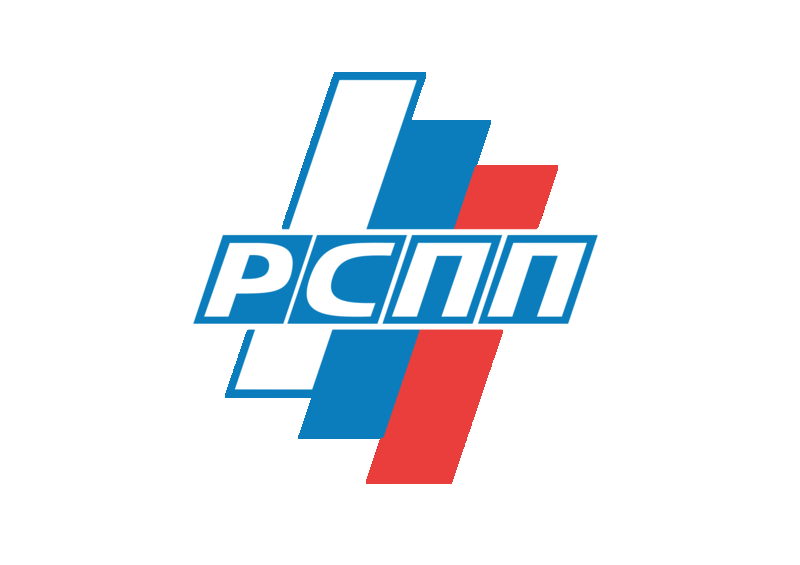 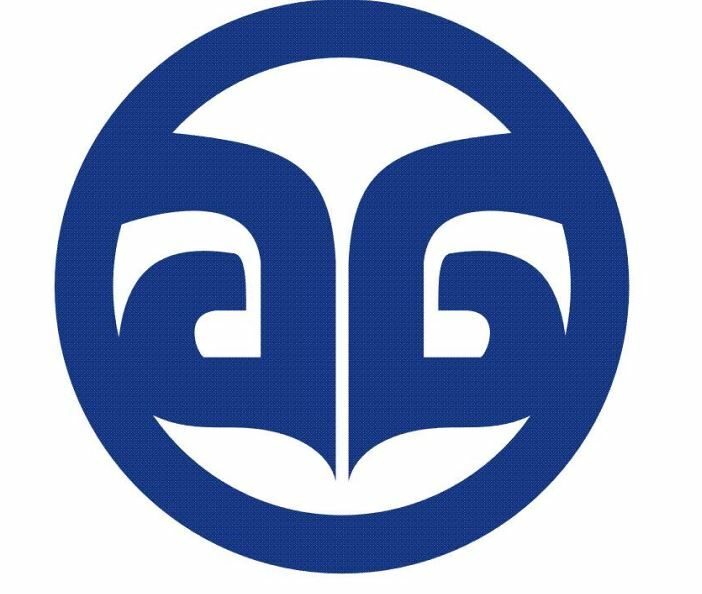 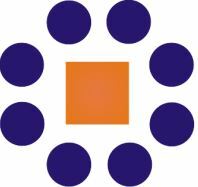 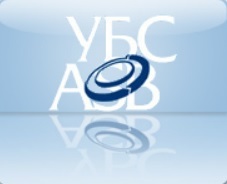 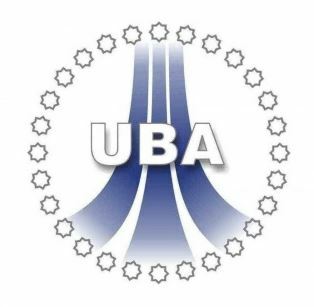 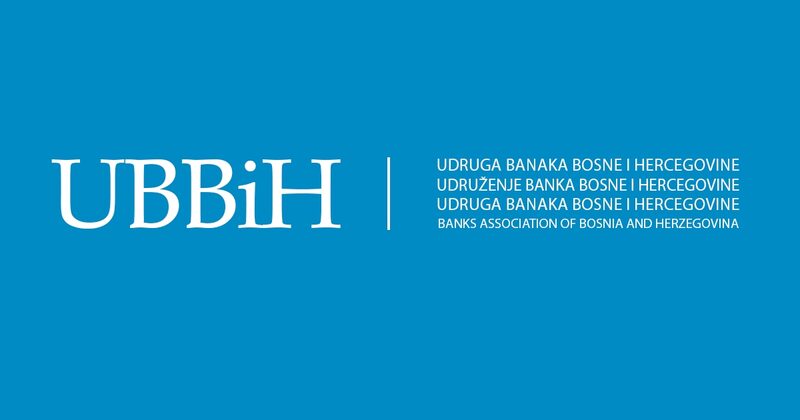 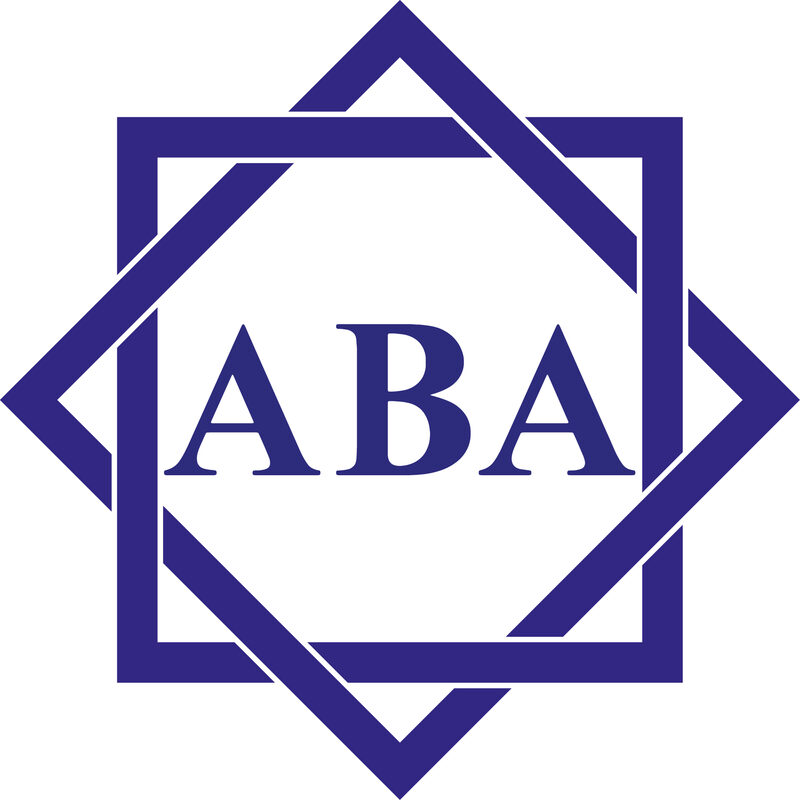 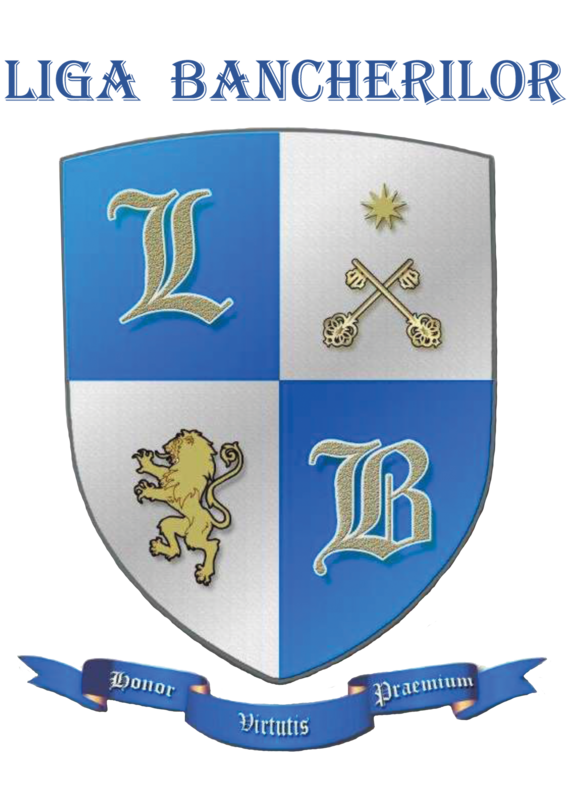 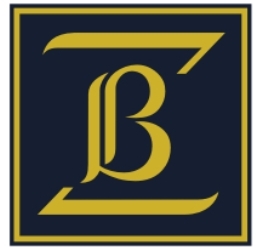 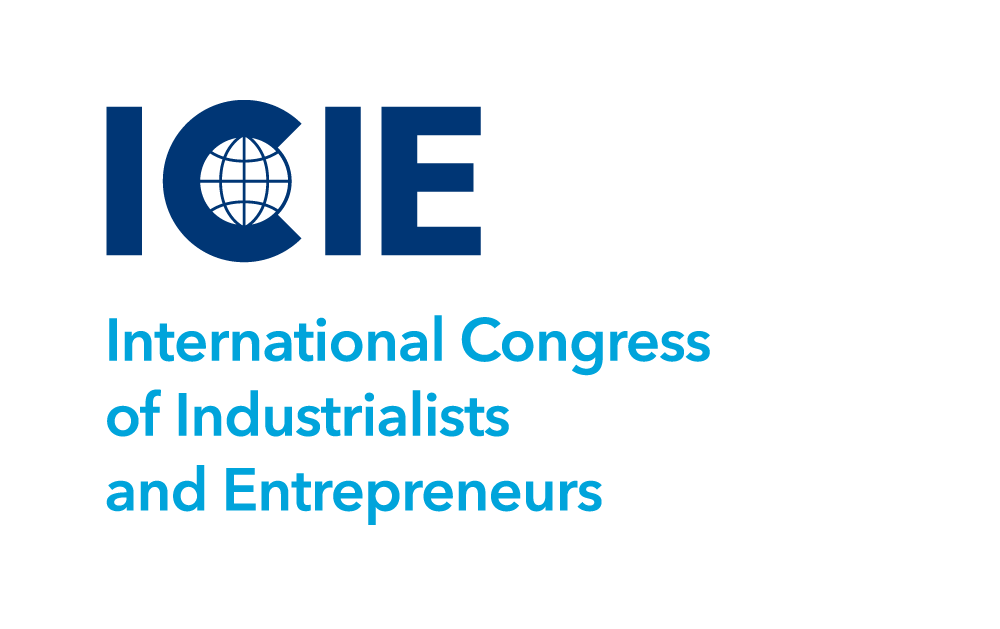 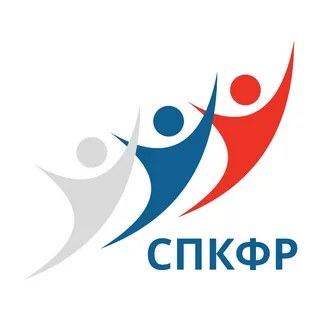 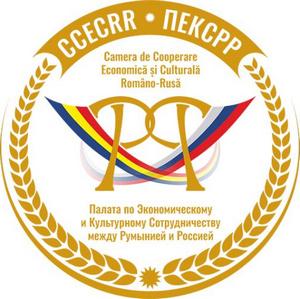 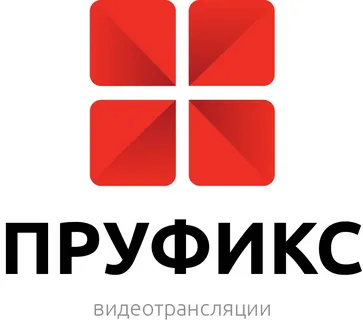